Preparing for National Novel Writing Month is much more intense than I believed.  I thought you could have a fully fleshed out synopsis (idea) and then run with it.  Today, I was fortunate enough to have a NaNoWriMo mentor decide to work with me this November.

The first thing she did was sent me a pre-Nano checklist.  Guess what was on it?  My favorite nemesis — plotting!  She suggests doing a basic outline and characterization for my main characters (at least)! 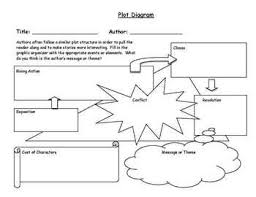 So, I’ll stop complaining and start plotting…my story that is. 🙂

So, for my entire writing life I haven’t bothered with NaNoWriMo.  I’ve peshawed the entire angst of trying to write a 50,000 word novel in a measly 30 days.  Why?  Because I’m above reproach?  Because I do not deign to mingle with the rabid competitive writers that hold up their yearly wins and bash any with their prizes and status for not participating?  No!

I just never bothered because I thought I was too busy with life’s other responsibilities.  In looking at it this year, the kids are older and I’m more sane (or, so I’d like to think!).  National Novel Writing Month (NaNoWriMo) now looks appealing, challenging and the great take-away?  Anything you do consistently for 21 (or 28 depending upon which system you follow…) becomes a habit.  So, writing about 1700 words a day becoming a habit does not sound like a bad idea to me! 🙂

It’s not too late to join, either.  There are 3 days left in which to come up with an idea and an outline for your novel.  Yeah — you can do that!  But, no writing of the novel!  That’s cheating.  Because think about it, if you wait until 11/1 to create the novel idea and figure out the plot structure and characterization, you’ll have used up practically all of the 30 days.  This way, you hit the ground running and just have to flesh out your skeleton story.

Get more deets here.  Registration is fun and easy.  Join the group closest to your region for cheerleader emails and information.  If you’re in the NYC area, there’s going to be a kick-off party on Friday, November 2nd at 6pm in Lower Manhattan where you will meet with other wordies and wordsmiths who can become your NaNoWriMo writing buddies.

Get off your duffus, dust off your keyboard and start plotting your new novel today!

Initially, the switching first person point of view in each chapter threw me.  Viewing the same event from two different perspectives was — jarring.  Yet, by chapter five, I had totally bought into Ms. Schulte’s manner of storytelling.  For this story to be told correctly, it is clear that differing point of view are necessary.

Secrets is a story that asks the question, Can evil change its nature and become good?  In truth, the Guardian series (currently three books strong) ultimately will answer that question but Book 1 (Secrets) lays the groundwork for a fascinating read.

The main character, Olivia, and her best friend, Juliet, have known each other since Junior High School.  They’re now in their late 20’s and neither have married but they are both having trouble in the dating arena.  Both having recently come out of relationships, they are equally frustrated and feeling lonely for male companionship.  Juliet a bit more than Olivia.  However, Olivia is the one that seems to have attracted quite a male following in only a couple of weeks.  Two men whom she met quite accidentally have peaked her interest — Holden and Quintus.

Olivia keeps the bulk of what’s happening with her from Juliet because Olivia cannot fathom how quickly and how deeply she’s fallen for Holden.  It had only be a handful of days yet he was an enigma to Olivia — a dangerous one at that and Olivia’s conflicted about seeing him.

Shortly after Olivia’s love life picked up, Juliet met a man also who was totally different from the kind of guys she was used to dating.  However, Olivia and Juliet agreed that a change of pace would be a good thing.  On the heels of their good dating fortune, Olivia’s ex-boyfriend dies suddenly throwing them both in a tailspin of emotions that led to them not communicating or sharing as they had in the past.

The unusual non-communication between these two women opens the door to chaos.  In quick succession, a number of disturbing events occur changing the women’s lives forever.  These changes also allow the forces of good and evil free reign in the women’s lives most times the evil outweighing the good!

Escalating passions, cryptic handsome men and skeptical intuitions are all major players in this paranormal thriller that will leave you breathless and sleepless as you race through to the end.

Secrets by Liz Schulte is a must-read!

Leaping Out On Faith

Leaping Out On Faith

Pen in Her Hand

I want to be rich. Rich in love, rich in health, rich in laughter, rich in adventure and rich in knowledge. You?

The Casual Way to Discuss Movies

Did you see the blog on renewable energy? I'm a big fan.

Sharing inspiring stories of people Making a Difference. What kind of energy do you Exude?